WHO ‘exploring all options’ to get medical supplies into Afghanistan

“We have only a few days of supplies left and we're exploring all options to bring more medicines into the country,” said Dr. Rick Brennan, Regional Emergency Director with the WHO Office for the Eastern Mediterranean (EMRO), speaking during the bi-weekly UN briefing.

.@WHO is on the ground supporting efforts to treat those injured in the #Kabul explosions yesterday.
Our medical & trauma supplies are being used by the Wazir Akbar Khan Hospital for urgent treatment of the victims. We are moving swiftly to send more supplies to the hospital pic.twitter.com/YphQJvIJ57

Pakistan is supporting efforts to fly in humanitarian supplies, and most likely through the airport in Mazar-i-Sharif, he said, with the first flight hopefully leaving in the coming days.

The World Food Programme (WFP) is also establishing a “humanitarian airbridge” with flights also expected to take off soon.

Getting off the ground

Prior to the attack, WHO had planned three airlifts of trauma kits, emergency health kits, essential medicines and supplies, but the items remained grounded due to security and operational issues at the Hamid Karzai International Airport.

The blasts on Thursday targeted Afghans fleeing the country and military personnel securing the facility.  More than 160 people were killed, according to media reports. The Islamic State in Khorosan Province (ISKP) has claimed responsibility.

The UN condemned the attack, and has stressed the critical importance of the airport for facilitating the entry of humanitarian workers and aid items. Although around 97 per cent of the roughly 2,200 health facilities in Afghanistan are functioning, they are running short of supplies to treat people affected by conflict, displacement, drought, malnutrition, and the COVID-19 pandemic.

“Because of security concerns and several other operational considerations, Kabul airport is not going to be an option for the next week at least,” said Dr. Brennan.

“One of the challenges we have in Afghanistan right now is there's no Civil Aviation Authority functioning.  But we are working with the Pakistanis, particularly in the context of Mazar-i-Sharif Airport, because they can work with contacts on the ground to ensure that all the necessary steps to land an aircraft, to land a cargo aircraft, can be put in place”.

He added that insurance costs for bringing an aircraft into Afghanistan have “skyrocketed” overnight, reaching prices never seen before.

“We're trying to jump through that hoop at the moment,” said Dr. Brennan.  “Once we can address that, we will hopefully be airborne in the next 48 to 72 hours”.

The terrorist attack has accelerated tensions and volatility in a country where nearly half the population, or 18 million people, were already dependent on humanitarian relief even before the Taliban seized power.  An ongoing UN appeal for $1.3 billion is less than 40 per cent funded.

Asked about the impact the attack had on hospitals in Kabul, Dr. Brennan reported that a WHO partner, the Italian NGO Emergency, which runs a trauma hospital in the city, has been “overwhelmed” in treating victims, who reportedly number more than 200.

“Of course, getting access to supplies is urgent, and we understand that they've got great pressure on their supplies right now.  So our proposed air shipment in the next couple of days will be bringing in more trauma kits,” he said.

Concern for women and children

The UN continues to underline its commitment to stay in Afghanistan as more than 100 international staff, and around 3,000 national colleagues, remain in the country.

WHO, which has some 700 personnel located in all 34 provinces nationwide, is especially concerned about the health needs of women and children.

The agency fears a rollback in progress made over the past two decades, which saw maternal mortality rates reduced by roughly 60 per cent and child mortality by around 50 per cent.

Even though Afghanistan falls short of international standards in availability of doctors and nurses for its population, thousands of health professionals were also trained during this period, including women doctors, nurses, midwives and others.

“Already we're hearing that some female health workers are not attending work and that there has been a decline in the attendance of women and children at some facilities,” said Dr. Brennan.

“This again highlights the need to ensure the availability of medical supplies to support health female health workers in their work and to encourage families to bring their mothers, females, girls, and children to seek health care when they need it”.

Asked why women health workers were reluctant to go to work, Dr. Brennan said WHO assumed they were being cautious as the agency had not received any reports about physical or other restrictions blocking women from their jobs.

Thousands of Afghans have been fleeing abroad since the Taliban took over, and Dr. Brennan noted that health workers are also part of this “enormous brain drain”.

Looking ahead, WHO will be working with donors, partners and the Afghan health authorities in the coming weeks to ensure continued support for the country’s health system.

“For the past week or so, the eyes of the world have been focused on that major air operation at Kabul airport. But once that evacuation mission ends the enormous humanitarian needs will continue and our work will then enter a new phase which will bring complexities on a scale that we have not seen before,” said Dr. Brennan.

"In spite of these challenges, WHO and the UN will be there for the people of Afghanistan.”

Paris climate deal could go up in smoke without action: Gute... 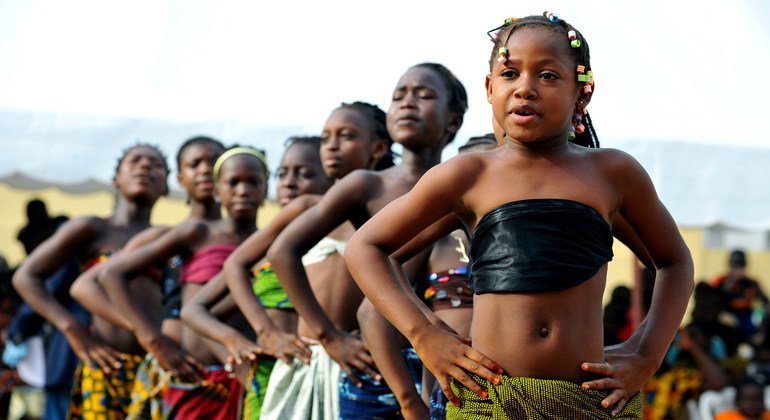 Counting on youth, for an ‘equitable and sustainable world f... 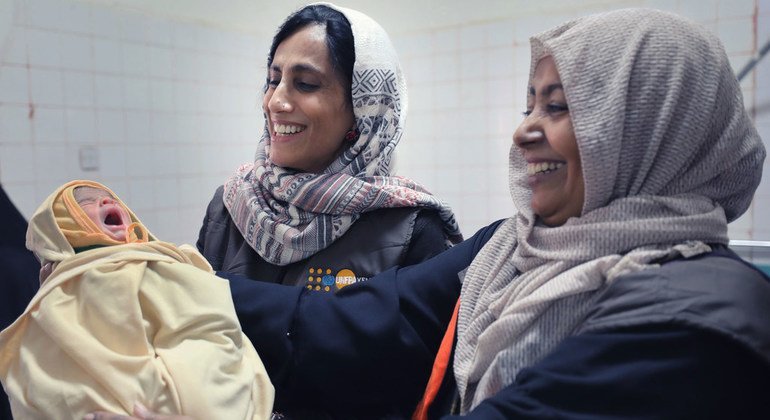 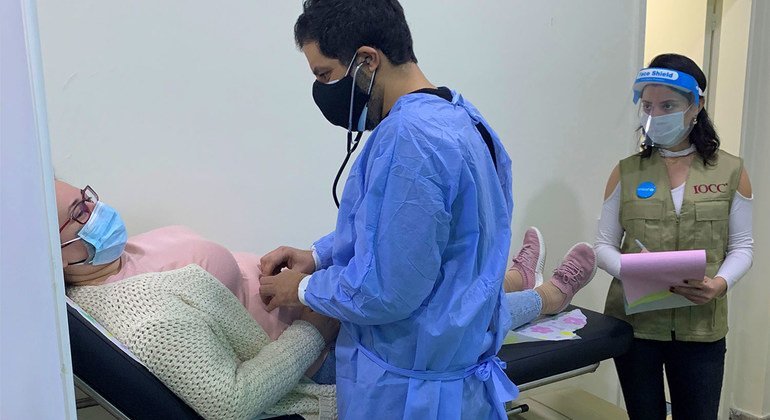