As Fox News is being sued for billions of dollars in multiple lawsuits, Maria Bartiromo gave Trump more airtime to lie about the election.

Remember when Fox News was trying to prevent Trump and company from lying about the 2020 election on its programming? Those days are loooooong gone. https://t.co/fXIAeSuyTc 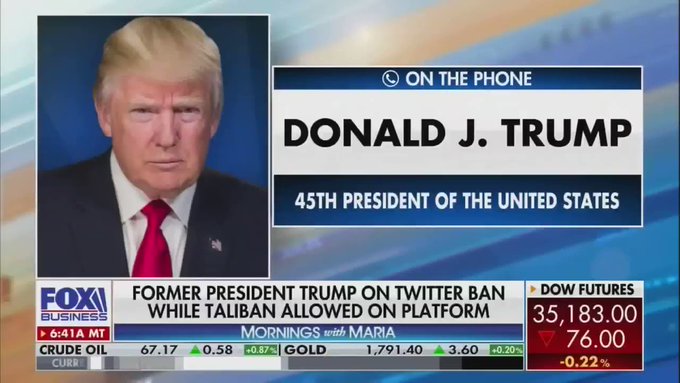 There is no need to transcribe what Trump said, but he continues to claim that Joe Biden was not legally elected, and Fox News is helping him push that claim.

Fox News is already a defendant in multiple billion-dollar lawsuits related to their spreading of election lies. The judge in at least one of those suits appears to be open to the idea that Fox hosts aren’t pushing opinions, but they are relaying false information.

The more Fox gives Trump airtime, the more likely it becomes that they are going to be sued again. The Fox hosts are back on the Trump bandwagon and allowing him to push lies and disinformation. It will be interesting to see how Fox handles Trump if his lies start to cost them large sums of money.

Trump and his Fox News pals are going to get the network sued, and it is only a matter of time before Fox has to decide how many billions of dollars it is willing to lose to protect Trump’s fragile ego.