Frank Figliuzzi said that he hadn’t seen this sort of online radicalization, like what is happening to right, since he worked on al-Qaeda and ISIS.

Frank Figliuzzi warns on Deadline: White House that the right is becoming radicalized online in a way that, "I have not seen since my days working Al Qaeda/ISIS. https://t.co/6lk21Jyk2j 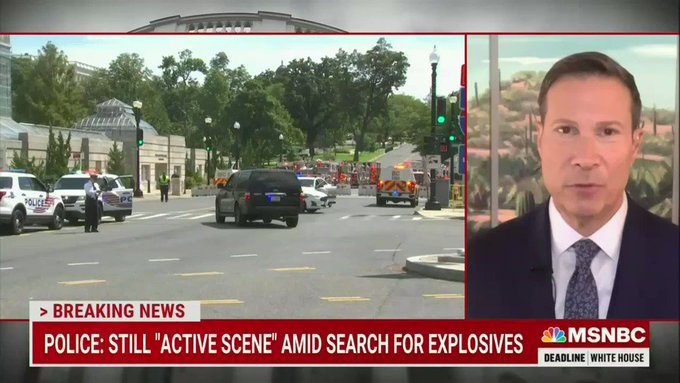 . The anti-mask, the anti-vaccine, the January 6th political prisoner notion, the notion that Ashli Babbitt is some kind of martyr that needs to be avenged, and now that Trump will come back and a rally is going to happen this weekend in Alabama.

All of this is going to happen and then a major rally that’s been permitted already in the District of Columbia later in September, all of this is causing a kind of online radicalization that, quite frankly, I have not seen since my days working Al Qaeda/ISIS. It’s online, it’s the desire to be a part of something greater than yourself and your willingness to act out violently because of your beliefs.

Instead Of Denouncing Domestic Terrorists, Elected Republicans Are Supporting Them.

The online radicalization of the Republican base toward violence against their own country pushes elected officials in the party to support domestic terrorists, like Rep. Mo Brooks did for the man who threatened to blow up Capitol Hill.

Homeland Security is well aware of the threat as they released a bulletin on it last week. The Biden administration has labeled white supremacists and domestic extremists a top threat to the country and has put billions of more dollars in resources and staffing toward combatting right-wing violent extremism.

The problem is that one of the two political parties is sympathizing and, in some cases encouraging domestic terrorism or spreading the lies that fuel radicalization, it undercuts the federal effort to combat domestic violent extremism.