The Game Has Changed: Watch Florida Pollster Explain Why DeSantis’ COVID Failure Could Open the Door For Dems in the State

For decades, Florida was the ultimate swing state. It regularly alternated from Red to Blue. And the presidential candidate who won Florida typically won the presidency.

The state, though, has become increasingly red. Democrats still managed to win the White House in 2020 losing Florida because Joe Biden won big in the mid-West.

That doesn’t mean, however, that Democrats wouldn’t like to win in Florida again. And pollster Fernand Amandi thinks that Ron DeSantis’ horrible COVID performance has opened the door for them to do so.

Amandi made the comments while speaking with MSNBC’s Jason Johnson on Tuesday. “Things are looking really bad for him,” he said. “I think you just touched on it. The biggest story in Florida is this notion that Emperor DeSantis has no clothes.”

The Game Has Changed: Watch Florida Pollster Explain Why DeSantis' COVID Failure Could Open the Door For Dems in the State https://t.co/dRXjP6rY2I 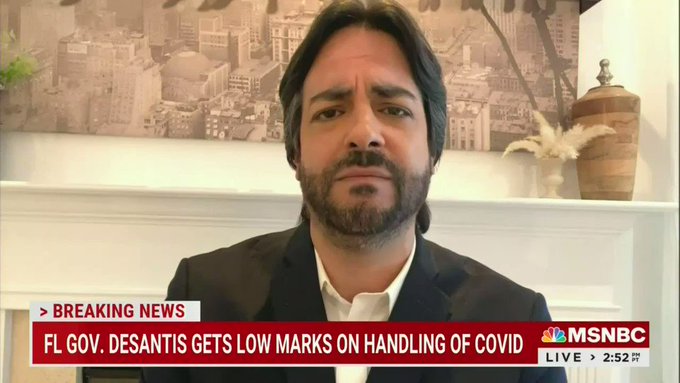 “I think that, more than anything else, speaks to the political weakness that this governor has chosen on an issue that’s not only antiscience and against all medical advice, it is against all practical, political reasons to do this when parents overwhelmingly want to take every measure possible to protect their children from acquiring covid in the worse environment of covid that we have seen yet.”

It wasn’t that long ago that DeSantis was considered the front-runner to challenge Donald Trump for the 2024 Republican nomination. Now, polling suggests that he’s going to struggle to even hold in Florida.