Speaker Pelosi told reporters that Democrats put an ironclad constitutional basis in John Lewis Voting Rights Advancement Act so that it will survive the Supreme Court. 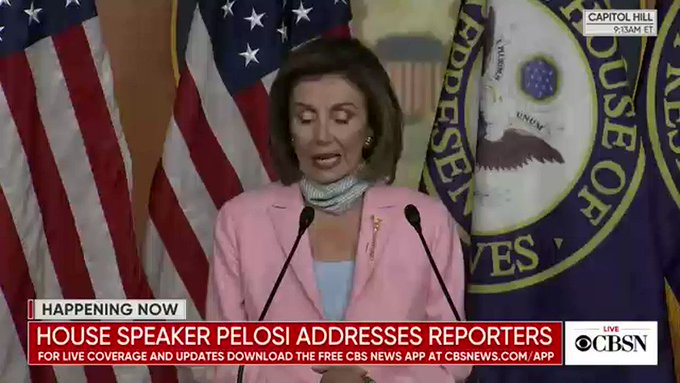 Speaker Pelosi said, “Whatever it is, if they are just saying that the constitutional basis for the legislation was not ironclad enough, then we made sure that it was. Congresswoman Sewall has been working on this issue. She represents Selma in the congress. Her connection to Congressman John Lewis and voting rights and sacrifices made is a great one. I was proud she prevailed. The Congressman John Lewis bill also had the great support of the chairman of the Judiciary Committee, Mr. Nadler, the chair of the House Administration Committee, Zoe Lofgren. The good work of Mr. Butterfield on collecting the data for the constitutional basis. As well as now Secretary Marcia Fudge, but she did that before she left — that was her base last year.”

The Conventional Wisdom Is That The John Lewis Voting Rights Bill Is Dead In The Senate, But It Is Not.

CNN’s Chris Cillizza, the poster boy for inside the beltway conventional wisdom political takes, says that the John Lewis Voting Rights Advancement Act is already dead in the Senate.

Cillizza limited his analysis to two points. The bill doesn’t have 60 votes in the Senate, and Manchin and Sinema won’t blow up the filibuster to get it passed with 50+ VP Harris.

Senate Democrats have been targeting passage of the John Lewis voting rights act from day one. It has the support of every Democratic Senator, and Majority Leader Schumer and Speaker Pelosi planned the timing of the push September push on voting rights to coincide with the reconciliation bill.

Democrats want to get this passed, which is why Speaker Pelosi and House Democrats giving it an ironclad constitutional basis is so vital.