New evidence shows that Trump supporters were looking up the layout of the Capitol tunnels five days before the 1/6 attack.

Trump supporters looked up the tunnel system beneath the Capitol five days before the 1/6 attack, which suggests planning and coordination. https://t.co/3eCyhmIOjV 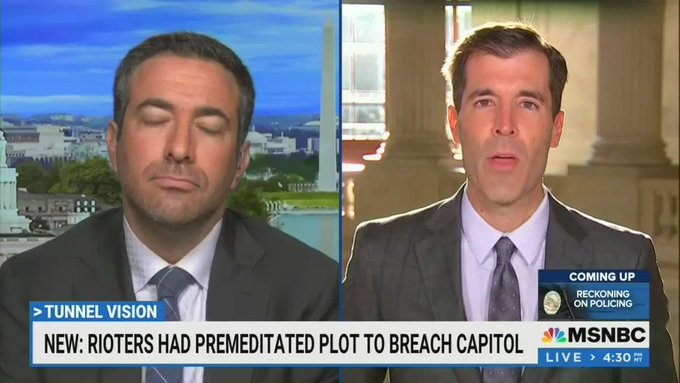 Scott MacFarlane of NBC 4 Washington said on MSNBC’s The Beat with Ari Melber:

This is just a big giant flapping red flag that this red operator noticed and tipped the FBI about it. This website, washingtontunnels.com. It had a bunch of things and elaborate information and thousands of staffers and tourists use those tunnels. During normal times, the clicks come from the D.C. area. January 1st, you see all these clicks from all across the country, the west coast, and Ohio and Florida, and he noticed the red flag.

He seeing traffic of a volume and complexion of which he’s not used to seeing. He knew January 6th was coming. He was listening to what you and I were listening to. He flagged the FBI. U.S. Capitol police told me, they got the tip from the FBI and they did raise it to leadership. The Senate report flags it as a warning sign and not properly read.

1/6 Was Not A Spontaneous Attack

The traffic surge was described as starting as a 40% increase and then going off of the charts, which suggests that those who were plotting this attack had shared the website link somewhere for everyone to coordinate.

The Republican defense that the 1/6 attack was spontaneous is being blown to bits as evidence emerges.

Either way, it is evidence of preplanning.

The truth that Republicans are trying to hide is slowly coming to light.