Cronulla have added another member to Craig Fitzgibbon's incoming backroom staff, with former assistant Steve Price returning to the club in 2022.

Price left Australia to become the head coach of the Warrington Wolves in 2018, and is heading back with a Challenge Cup trophy and several strong seasons in the Super League under his belt. 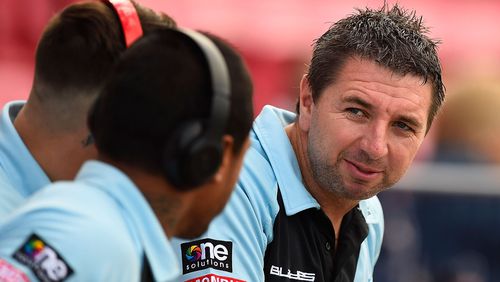 "Steve had plenty of options after he made his decision to return to Australia and we are thrilled he chose the Sharks over the other interested clubs. His credentials are second to none and the Board and management are pleased to have secured his services," Sharks CEO Dino Mezzatesta said.

"He has expressed his excitement around the rebuild off the field and was also attracted by the roster being assembled under Craig, which made this coaching opportunity at the Sharks especially appealing. "

Incoming coach Fitzgibbon said he was "really looking forward" to working with Price.

"While we've known each other for some time, the opportunity to work together is an exciting one. The experiences he's gathered and his love for the area and club were hard to ignore," he said.

"I thought Steve's experience in the NRL and in the Super League as a head coach, added to the fact he was an assistant in the 2016 Sharks premiership, would be an asset for myself, Josh and Daniel and we look forward to pushing each other and developing as a coaching team," he added.