What a way to make a statement!

The Warriors have just scored within 40-seconds of kick-off to leave the Raiders absolutely bamboozled in Mackay.

Wade Egan was the man who burst out of dummy half on the 40-metre line and tear through the Raiders' line.

He found Sean O'Sullivan in support to beat the fullback, but the pass, which may have looked to be forward, will undoubtedly attract some scrutiny. 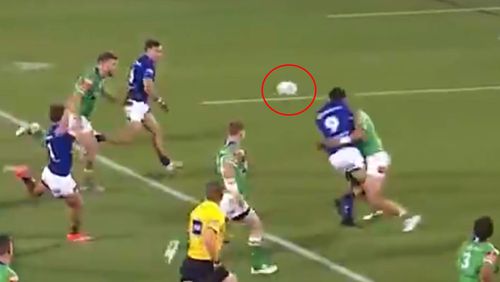 The try was left to stand and, with it, the Raiders' finals hopes took a major hit.

"What an opening by the Warriors," Fox Sports' Warren Smith said. "But there might be a touch of controversy.

"It's one of the fastest tries we've seen scored this season."

Carlton lure gun chief in fight to emerge from ruin