Melbourne Storm gun Ryan Papenhuyzen will make his first start since suffering a horror concussion in round 10.

Papenhuyzen will slide in at fullback as Nicho Hynes shifts into the halves for the injured Jarome Hughes.

It's a big milestone for Papenhuyzen who last week admitted he had been having some troubles finding his best form after a worrying experience with the lasting effects of concussion.

"Yeah, I think I've done a bit during training. And after that Cowboys game I wasn't really happy with that and just felt different," Papenhuyzen told Nine last week. 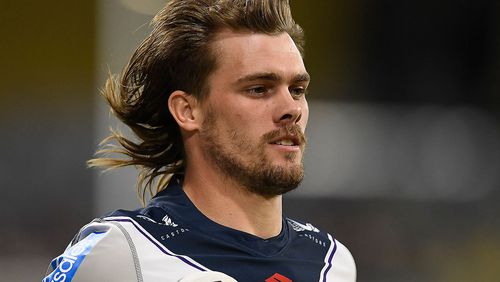 "So, during that week at training, I just took it on myself to get a couple of ruckies out and run at them and just pretend that I'm coming back from a kick-chase. Just face that physicality like I would.

"So, I build confidence that way and it's slowly building but it's getting there and tonight was another stepping stone."

Carlton lure gun chief in fight to emerge from ruin