Fox News’s Peter Doocy claimed that the Taliban has influence over Joe Biden, but Jen Psaki reminded him that Trump set the Taliban’s deadline. 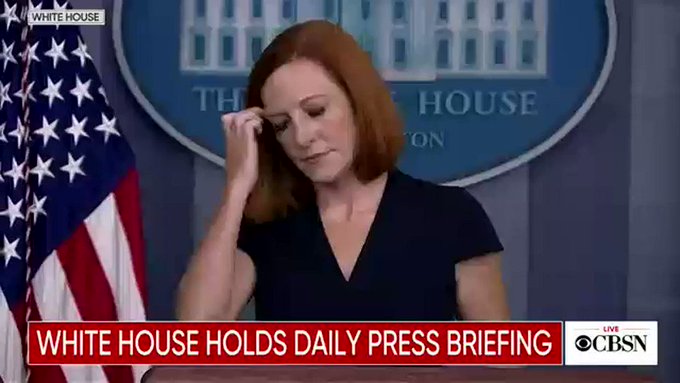 Doocy suggested through a question that the Taliban have influence over President Biden.

Press Secretary Psaki responded, “The Taliban’s deadline was made first striking a deal with the prior administration. The president’s timeline was August 31st. That’s the timeline he set in a period of time he needed in order to operationalize our departure from Afghanistan. I’d note that, as I said, is the safety of men and women in the military and is a factor in the timeline.”

The new Fox News talking point is that the Taliban is influencing Biden’s policy, but as Jen Psaki pointed out, the person who put the wheels in motion on the entire situation in Afghanistan was Donald Trump.

Trump abandoned US allies in Syria, and there is ample evidence that he was planning on doing the same thing in Afghanistan. The Trump administration was trying to keep Afghan refugees from coming into the country by killing the Special Immigrant Visa program.

Peter Doocy keeps trying to spread Fox News propaganda, but Jen Psaki is there to shut him down each day.

Trump Files Lawsuit Claiming That The 1/6 Committee Is Haras...

Trump Is So Toxic That Glenn Youngkin Doesn’t Want To Campai...

Jen Psaki Stops Peter Doocy Dead In His Tracks As He Accuses...