Is Nikola A Buy Or A Sell Now? Here's What Fund Sponsorship, NKLA Stock Chart Show

Relentless innovation in the long-haul transport space, the rise of investing with ESG principles in mind, and the allure of new companies going public have spurred big moves in NKLA stock and scores of others last year.

But the stock today looks poised to fall a seventh week in eight weeks. Shares continue to plummet after its second-quarter update. The company lost 20 cents per share — the most of any quarter since at least the third quarter of 2019. And on Monday, shares sank to a new all-time low of 9.02 since its Nasdaq debut in June 2018.

Without question, a decent number of companies in Nikola's automaker industry group are far outperforming this year. Check out Stellantis (STLA), BYD (BYDDF) of China, fellow China-based EV makers Li Auto (LI) and Nio (NIO), and Ford Motor (F). All five hold a Relative Strength Rating of 90 or higher in recent weeks. Why care? They are all outperforming at least 90% of all companies in the IBD database over the past 12 months.

Stellantis cleared a cup without handle and its 21.49 proper buy point.

General Motors (GM) lags this elite group, but the 81 RS Rating is pretty good. Plus, GM shares still show a decent uptrend since the market bottomed in March 2020.

NKLA's RS Rating has now fallen to the lowest possible 1; that is, the stock has outperformed just 1% of all companies in the IBD database in terms of 12-month price performance.

Should You Avoid NKLA Stock?

So for those seeking the best growth stocks, is NKLA stock a buy now? Or is it time to sell and cut losses?

This story will examine the stock through the lens of IBD's time-tested, research-driven CAN SLIM method, a seven-point paradigm for successful stock picking.

Back in June, NKLA struggled in reclaiming its long-term 200-day moving average. You can see similar action with the 40-week moving average, drawn in black, on an Investors.com weekly chart.

Even before the recent slide, the stock had already wreaked a tremendous amount of shareholder damage.

Inside Investor's Corner: Beat The Market With These Seven Mental Tips

Following the late-February report on fourth-quarter results, Nikola lost support at the key 10-week moving average. NKLA stock is now submerged 90% below an all-time high of 93.99.

At this stage, even after recent gains, NKLA would need to rally nearly ten-fold just to return to that all-time peak.

Nikola Stock: Is A Short Covering Rally Under Way?

Short interest in Nikola is still elevated. According to MarketSmith data on NKLA's weekly chart, it would take 3.9 times the stock's average daily volume of 12 million shares to cover all open short-sale positions.

Put another way, short interest of 46 million shares comprises 16% of the entire float. This figure has inched up, yet is still down from 21% earlier this year. So, if a powerful rebound arises on a change in perception regarding the company's future, more short sellers may feel pressure to buy back shares and cover their positions.

Think of short interest as nitro fuel for a strong stock. This could give NKLA stock a further boost.

This Is Still The Golden Rule Of Investing

Nikola debuted on the Nasdaq on March 3 through a merger with VectoIQ Acquisition, a special purpose acquisition company (SPAC) that formerly traded under the ticker symbol VTIQ. The transaction reflected an implied enterprise value of $3.3 billion. Nikola announced it would use the proceeds to build out a hydrogen station infrastructure to support its FCEV vehicles, including the Tre and the Two.

Nikola also noted that it had more than 14,000 pre-orders "representing more than $10 billion in potential revenue and 2-1/2 years of production." In its second-quarter update, the company aims to deliver pre-series Nikola Tre BEVs for use on public roads hauling customer freight during the second half of 2021.

The firm describes the Tre semi-truck as a "re-imagined cabover with battery-electric and fuel-cell electric powertrain options" and the Two as a "high-efficiency hydrogen fuel-cell sleeper for long-haul applications."

Longer term, Phoenix-based Nikola expects to clock significant sales as it makes progress on building a semi-truck powered completely by electric batteries. Earlier this year, Nikola completed the assembly of five Tre BEV (Battery Electric Vehicle) prototypes, and these trucks are in the commissioning process.

In mid-April, the company unveiled plans to create a hydrogen pipeline network in Germany with its partners CNH Industrial (CNHI) and OGE, which operates natural gas pipelines in the European economic powerhouse. And on April 29, Nikola announced a deal with TravelCenters of America (TA) to install hydrogen refueling stations for heavy-duty trucks at two sites in California. These sites may begin operation as early as the first quarter of 2023.

On June 17, NKLA rallied 7.9% in accelerating turnover on news that it has agreed to develop a full line of zero-emission heavy duty trucks with CNH Industrial (CNHI). Nikola also announced a deal with Tumim Stone Capital in which the asset manager would buy up to $300 million of the company's common shares.

On July 29, shares plunged 15% to 12.03, hitting the lowest price level since May, on news that Nikola founder and former chairman Trevor Milton faces three counts of criminal fraud. Dow Jones reported that the 39-year-old entrepreneur could face up to 25 years in prison if convicted on all counts.

Milton pleaded not guilty to the charges in a Manhattan federal court. He also faces a civil complaint from the Securities & Exchange Commission.

The stock vaulted 475% after breaking out of a cup-without-handle chart pattern with a 16.35 buy point in early May 2020. But today, NKLA stock is still in the early innings of recovery after making a grand swan dive.

Since the company has no sales or earnings, there's no way to determine if the company will in fact meet two key criteria: excellent growth in both profits and sales on a quarterly and annual basis. The C in CAN SLIM stands for current growth. It demands robust year-over-year increases in earnings and sales in the latest quarter, preferably at 25% or more.

According to its 10-K filing to the Securities & Exchange Commission, Nikola showed total shareholders' equity of $987 million at the end of 2020. The company saw negative operating cash flow the same year at -$150.5 million and positive cash flow from financing activities of $941 million.

The S In CAN SLIM

Meanwhile, more mutual funds own a stake in Nikola. Ownership recently jumped to a record 157 funds at one point during the March quarter. An impressive rise from just 23 mutual-fund owners at the end of Q3 in 2019. At the end of Q2, fund owners rose to as many as 206, a bullish sign.

You'd like to see the number of funds owning shares continuing to grow. This would help meet the I in CAN SLIM, IBD's seven-point paradigm of winning stock investing. Why? The best mutual funds have analysts who scour the company's financial statements, do exhaustive market research, and even meet with company management and competitors. Ownership by a top-performing fund is an endorsement of the quality of the company.

The L In CAN SLIM

Does the company lead the auto manufacturers industry group? Not now.

According to IBD Stock Checkup, the stock recently shows a shrinking Composite Rating of 3 on a scale of 1 (horrendous) to 99 (heavenly). In general, top growth stocks show a Composite score of 95 or higher at the start of their big price runs.

Nikola's Accumulation/Distribution Rating shows a bearish E grade on a scale of A to E. A grade of C+ or higher denotes net institutional buying by mutual funds, banks, insurers, and pension funds over the past 13 weeks. MarketSmith data reveals zero institutional ownership by either banks or insurance companies.

Is NKLA Stock At A Buy Now?

At this point, NKLA stock is nowhere near a proper buy point.

That is, the stock has not yet created a bullish chart pattern such as a cup with handle, a double bottom or a flat base.

The best stocks, after running up significantly in price, tend to correct in price as some holders take profits. But they eventually bottom out, work their way through overhead supply, and rise to within 5% to 15% of their 52-week or all-time highs. That kind of rebound tends to mean that the shares held by willing sellers have now mostly gone to firmer hands in the market.

NKLA still has quite a long way to go before completing the right side of a new base and staging a breakout to new 52-week or all-time highs. A superb breakout gives intrepid traders a chance to make maximum portfolio gains in minimal time.

Nikola stock needs a serious rally to climb back to the north side of its long-term 200-day moving average. Doing that would be a great start. But at this point, Nikola is not a buy.

Plus, cutting losses short to protect your hard-earned capital allows you to invest in a more promising growth company in the near term.

How To Count Bases Properly

This Could Be Your No. 1 Sell Rule

Do You Know The Golden Rule Of Investing?

Get Full Access To IBD Stock Lists And Ratings

Nike Earnings Beat Estimates. Why Its Stock Is Dropping. 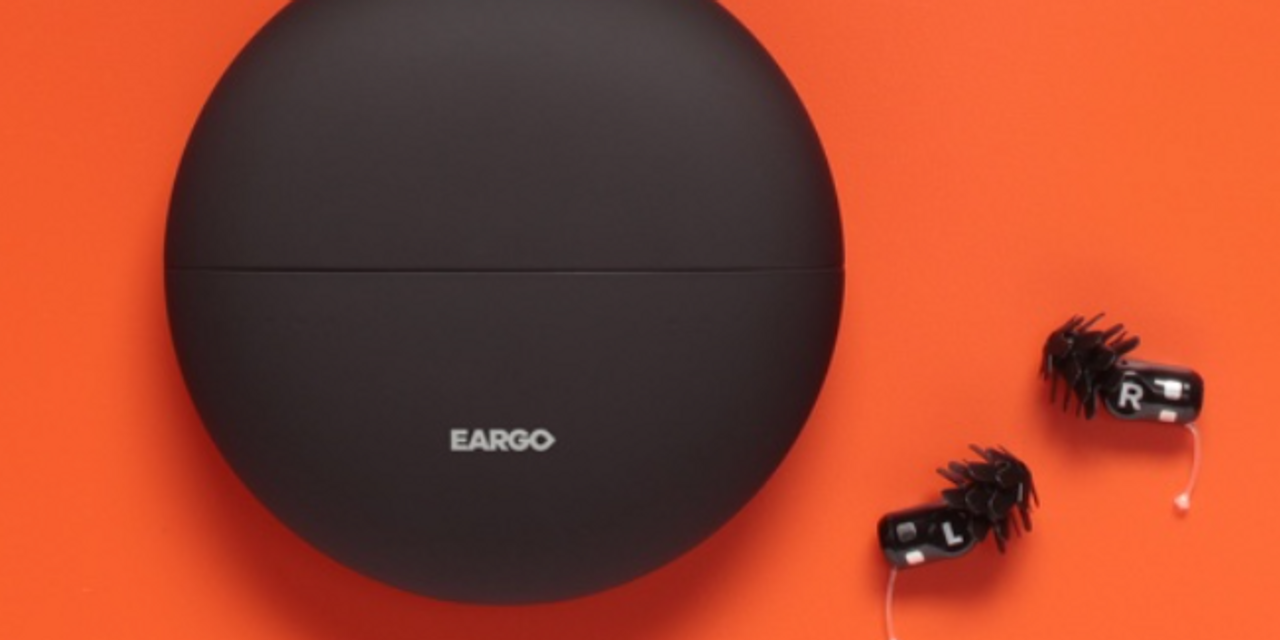 Eargo stock plummets to record low as the former hot IPO is ...

Billionaires’ income taxes are a tiny fraction of their weal...