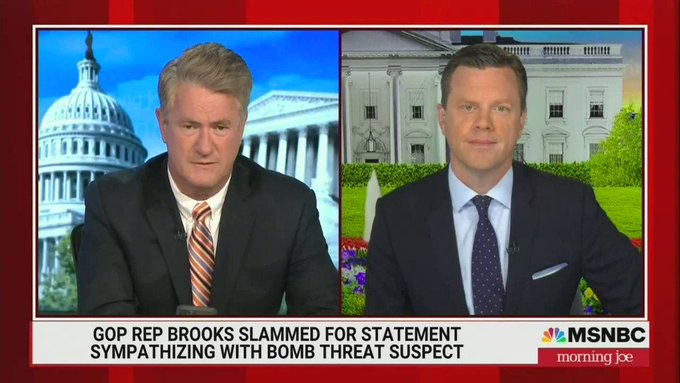 It’s remarkable that the leader of the Republicans in the House hasn’t condemned a family member praising a potential domestic terrorist who delivered a tirade according to The Washington Post. He called for a revolt against the federal government and claimed there were other patriots waiting in vehicles elsewhere in D.C. “The revolution is on. It’s here, it’s today,” he said, in this live stream.

“America needs a voice. I will give it to them.” And then he went on attacking Democrats saying they are killing America. This is the sort of rhetoric, the sort of attack that we saw leading into January the 6th. We saw the results of that. This is so simple to condemn. You have someone who is a domestic terrorist who says he has a bomb at the Library of Congress right across the street from the United States Capitol and you have a member of congress praising him. It’s un-American. And I just wonder what Republicans would say of Democrats if Democrats were praising domestic terrorists calling for an insurrection of the government.

When even Joe Scarborough, who is is the voice of mainstream DC conventional wisdom, says that Republicans are sympathizing with domestic terrorists and calls out the House Republican leader for saying nothing, it suggests that everyone outside of the former GOP has realized what the party has become.

Republicans are enabling and encouraging a domestic terror cell within their party, which is a threat to national security.