1/6 Committee member Rep. Adam Schiff (D-CA) made it clear that House Republicans are under investigation and not getting a free pass.

Adam Schiff confirms on The Beat that 1/6 Committee is investigating House Republicans, "I can tell you the premise that you make which is nobody is off-limits here," which includes members of Congress, Trump administration, and Trump himself." https://t.co/R8npMqNOJi 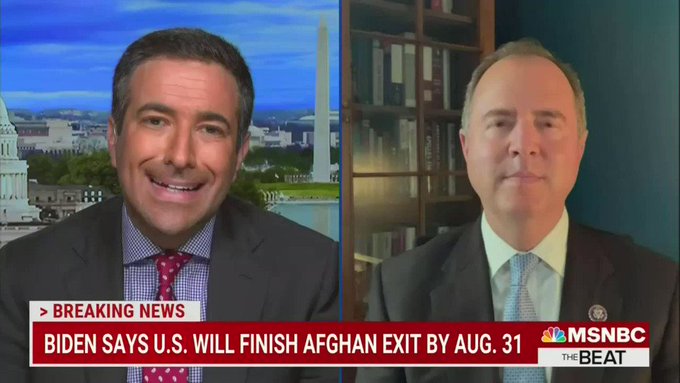 Rep. Schiff said when asked by Ari Melber if House Republicans are being investigated, “ I can’t go into any particular document or other requests. I can tell you the premise that you make, which is nobody is off limits here that of any member of congress or the former administration or the former president himself, in whatever capacity that he was involved in this attack. We’ll investigate thoroughly, and we’ll put all of this together in a comprehensive report and let the American people know who’s engaged in this attack on our democracy. In that sense, I think you are absolutely right. We can follow the facts and be comprehensive, and nobody gets a pass.”

Schiff went on to say that the tours given by House Republicans before the 1/6 attack look suspicious and deserve investigation.

The 1/6 Committee is going to be seeking the phone records of House Republicans, as they are tracking down every thread and lead related to the attack on the Capitol.

There has been circumstantial evidence that House Republicans may have been involved in, at a minimum, aiding those who attacked the Capitol. The Committee is going to put all of the pieces together, and it might end up painting a damning picture of how far some House Republicans were willing to go to keep Trump in power.